The End Of The Internet

Well I never thought I'd reach The End Of The Internet, but I did.

One problem I have struggled with much of my life is my weight. Over the past three years, I have made various efforts to lose weight with varying degrees of success. One challenge I have in this quest is that as a result of my dietary choices, my family eats very differently than I do.

Yesterday morning, my wife had an issue with me reading the ingredients on a box of brownies my wife was making for her and the kids. I hadn't even said anything about the ingredients, yet she freaked out because I have done so about other foods in the recent past. She thinks I'm passing judgement on the food she's eating.

In a sense, she's right, but I'm passing judgement for my own personal consumption. Whatever she wants to eat is her business. We agreed that if I wanted to read ingredients on food she was eating, I wouldn't do it in front of her.

This ended up being an extremely emotional issue for me, even though it was basically my wife's problem. I felt that because of my dietary choices, I am isolating myself from the rest of the family. Unless we eat out, we almost never eat together as a family. Part of this is because younger children will often eat differently than adults, but part of it is because my wife and I eat so differently. Cooking meals, when they happen, is rare.

I have a problem with food. I eat when I'm not hungry. I eat when I'm anxious (especially when travelling). I eat at plenty of times I shouldn't. I also have a difficult time resisting certain foods when they are in my presence. Some of those foods I serve to my kids. Some foods are flat-out hard to avoid because they are everywhere.

I'm struggling with this, and I need help. Part of the problem is all the conflicting information about what to eat, when to eat, how to prepare it, and so on. The diet industry has commercialized substantially. There seems to be a profit motive behind nearly every diet method out there in terms of merchandising. Also, there is a certain profit motive in keeping people unhealthy so they can be "treated" with drugs that likely are a cure worse than the "disease."

The only sensible advise I've received lately is to eat as much whole, unprocessed foods as possible. It makes sense because wide-spread obesity in humans is a relatively recent phoenomenon quite likely caused by eating food humans weren't designed to eat. It is increasingly difficult to find whole, unprocessed food.

I have to read labels carefully, even on supposedly natural food. Labels can proclaim "all natural" yet contain crap like high-fruitcose corn syrup, something clearly not natural. Hydrogenated oils, even partially-hydrogenated oils are another example of things that are everywhere and hard to avoid. The other sensible advise here is "if you read a label and don't know what an ingredient is, put it back."

I got a lesson in this last night. The limo driver I had passed the on-ramp to Hwy 16 by a long shot. We were at about Fort Lewis when he thought to ask me. We then turned around to go back to Hwy 16, but the on-ramp was closed. I told him "this would normally be the right exit," and he decided to go through the barricades anyway. A surly State Trooper parked there gave the driver a ticket. We then had to find a way to get on Hwy 16. Fortunately, I knew the way, but the detour took some time.

Once we got on Hwy 16 an hour later than we should have, it was fairly smooth sailing. That extra hour of time meant I got home at 3am instea d of 2am.

Most of this would have been avoided had I paid attention and took a more active role in the process.

Lots and Lots of Pics of Medieval Times

I was a little trigger happy on the phone last night. No pictures of co-workers this evening, but plenty of pictures of knights and their activities.

Going to a Joust

This evening, we're heading over to Medieval Times. Looks like what my wife and I experienced at the Excalibur almost a decade ago. That was fun and with this particular band of merry men, it will be a blast. I'll try and post some pics from the experience.

Pictures from the outing with my co-workers in Baltimore. 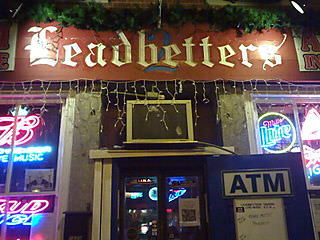 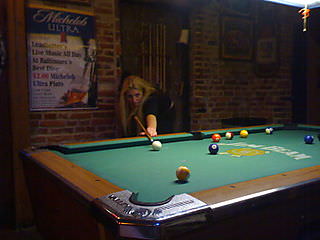 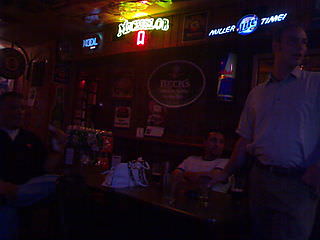 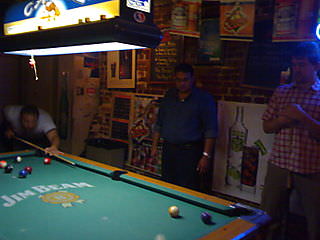 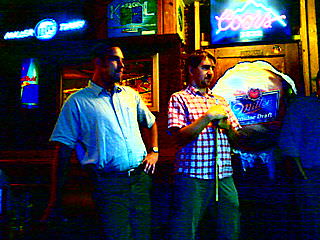 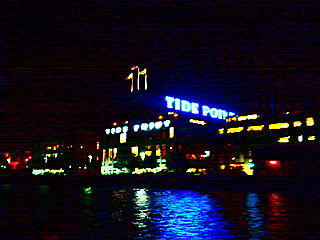 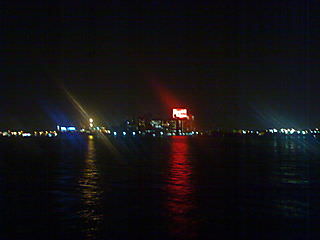 An Outing On a Water Taxi

Some co-workers and our trainer out on a water taxi in Baltimore. 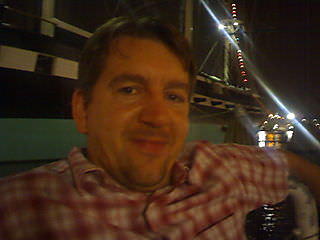 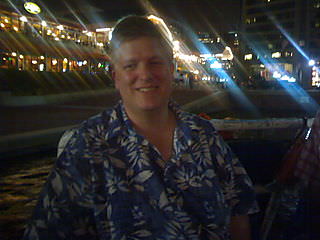 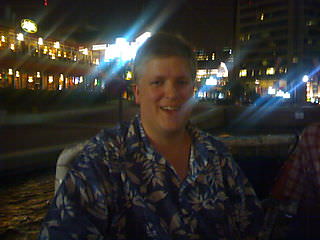 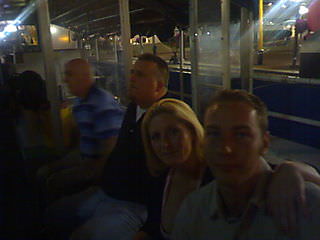 They need to update these signs. 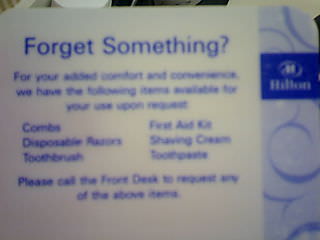 One thing I have noticed on this plane trip is that I have made an effort to be more polite to people. When I got up to go to the restroom, I apologized to the person next to me for having to get up so I could make my way to the aisle. When I went up and talked to my co-worker on the flight for 10 minutes or so, I apologized to the person next to him for disturbing him, even though he didn't appear the least bit disturbed.

Not sure if this means something, but I found it an interesting observation about myself.

Back of the Bus View

Taking the airporter for once instead of driving.