A Tale of Two Glucometers

In addition to struggling with my weight, I have also been struggling with Type 2 diabetes the last couple years. I realize it's nothing compared to what I've seen Type 1's have to go through in terms of calculating how much insulin to take and when, but it's frustrating when I find out I'm not doing quite as well as I thought I was.

When I first got diagnosed with Type 2 Diabetes two years ago, my A1C was 7.9. It had went down close to 6, but it's now back to a 7.1 based on a recent blood test, which I will be discussing with my doctor as I go in for an annual physical.

Among the many other stats you get on a blood test is your current blood glucose level. Since I had to go in fasting, I checked before I went in. My meter gave me a 104 mg/dL. The blood test said 143 mg/dL, which is a huge swing! Another data point: my 3 month average on my glucometer was 126 mg/dL. The "estimated" average from my A1C number, which is supposed to reflect a 2-3 month average? 157 mg/dL.

All of that suggests my meter might be at fault. Given that I was having some technical issues with the iHealth meter I acquired a couple years ago, namely that it would lose track of which vial of strips I was using and, very recently, completely lost sync with my phone, I decided it was time to try a different meter. And, re-reading that old post, it seems I should have expected inaccurate readings might crop up again.

Rather than get another "smart" meter, I opted for something a bit lower tech based on a recommendation from Larry, a fellow diabetic: The Contour Next by Ascensia (formerly Bayer). It lacks Bluetooth, but I can plug a Micro USB cable to pull the data off of it, if I so choose.

The other redeeming quality of this meter: the strips are even cheaper than the iHealth meter, which is why I chose that meter in the first place. I actually bought 200 test strips and the Contour Next meter for about the same price I pay for 200 test strips from iHealth. And the Contour Next strips are much more widely available. I should check and see what they cost if I go through my insurance.

Since I still had a couple iHealth strips left, I figured I'd do a side-by-side comparison of the two meters from the same drop of blood. From Thursday night: 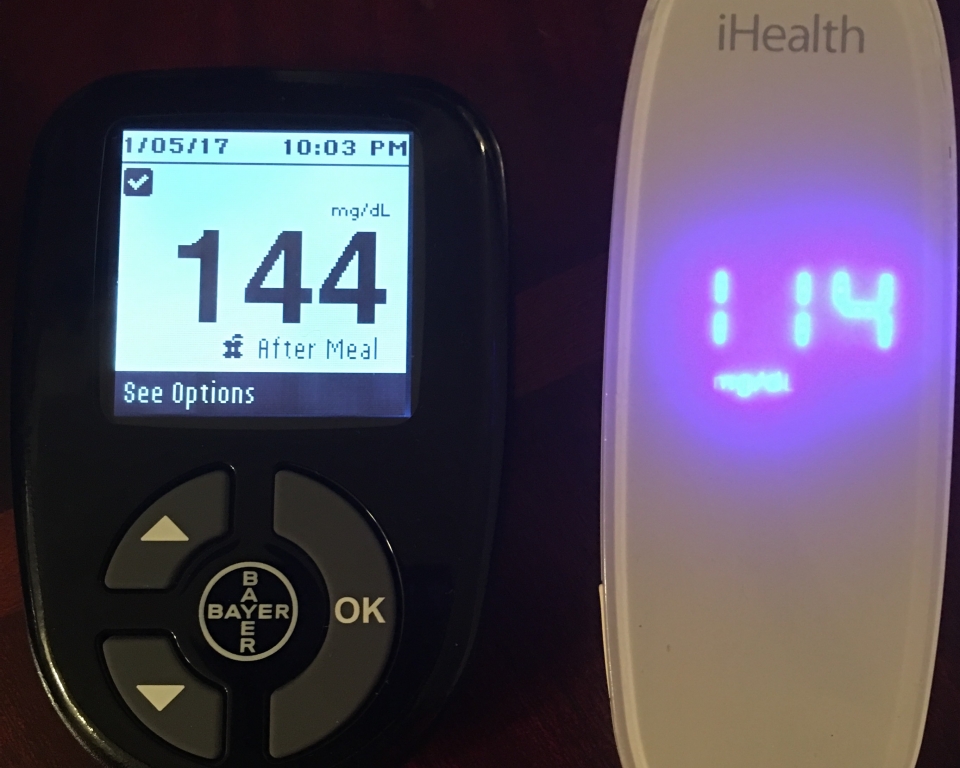 And from Friday morning: 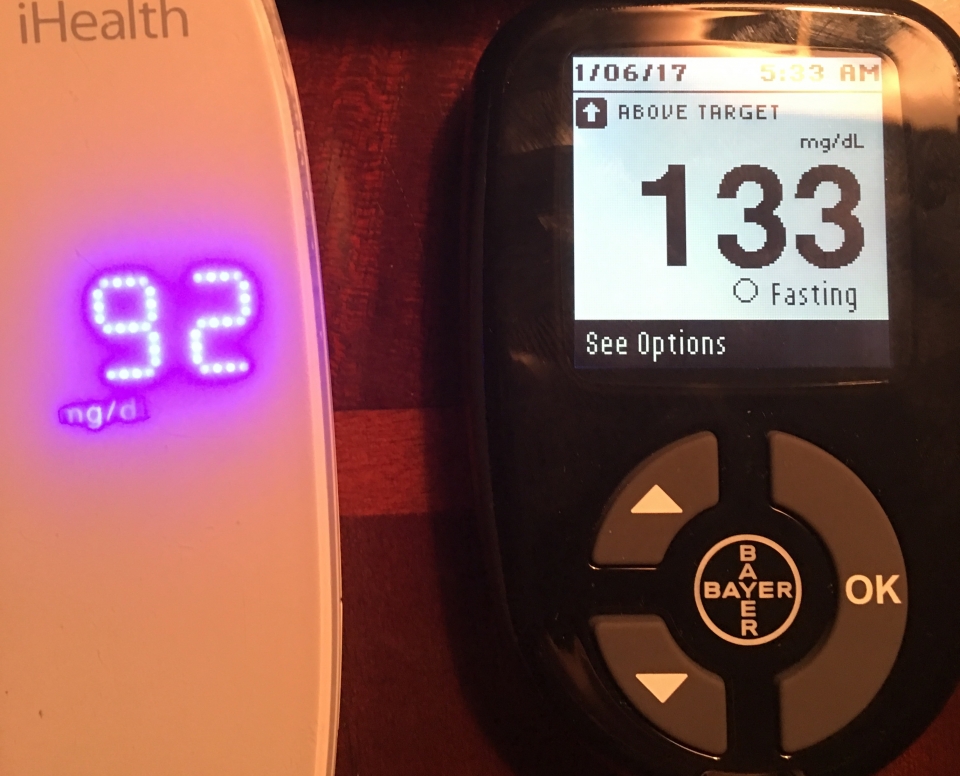 How can two meters get such wildly different results? It's hard to say, but it turns out, such inaccuracies are actually within the US FDA Guidelines for Self-Monitoring Blood Glucose (SMBG) Test Systems:

I suppose if my results were really high, a +/- of 20% wouldn't be that big of a deal. On the lower end of the scale, where I am, that +/- 20% can make the difference between being normal and not normal, either mildly high or possibly hypoglycemic (low blood sugar, potentially very bad).

Regardless, I think I will stick with the new meter. Ascensia, which was a business unit of Bayer before it was sold to Panasonic Healthcare, has probably been making glucometers a bit longer than the iHealth guys have been in existence.